What is Modern Poetry?

If we want to discuss about what is modern poetry then we will have to tell about the magic of modern poetry which is resource center for the theory and craft of writing poetry. Modern poetry which is a curious mixture of the traditional and the experimental of the old and the new, it is of cosmopolitan nature with English, Irish and American poets. It is also a poetry of revolt resulting largely from the impact of science. This revolt is to be seen in the form and this revolt is to be seen in the form content. We can see this revolt in the poetries of T.S. Eliot. The poet sees life in its naked naturalism.

Trends or Characteristics of Modern Poetry

2. Modern poetry is full of diversity. Eliot has been greatly influenced by the famous poetry of symbolist poets W.B Yeats who was an Irish whose poetry reflects his love for Ireland. Robert Frost wrote poetry from the viewpoint of a New England dweller and we all know that New England dweller is a part of the U.S.A. Thus we find the regional poetry of Frost, Patriotic poetry of Yeats and poetry of social criticism of T.S Eliot.

3. Passion for humanity is a salient feature of modern poetry. The common theme of a large number of modern poems are the tendency to slow sympathy to the down-trodder.

Read More: Use of Myth In Auden’s Poetry | Mythology in Modern British Poetry by Auden

4. Modern poetry reflects the disorder and decay of modern civilization. “The Waste Land” by T.S Eliot is an example of vivid picture of decay and isolation.

5. The treatment of myth and history are the also main important aspects of modern poetry. W.B Yeat’s famous poem “A prayer for my daughter”, Eliot’s “The love song of Alfred Prufrock” have many mythological references.

6. Modern poetry reflects turbulent politics of the period. Auden in his poem “In the Memory of W.B Yeats”, he describes about the terrible outbreak of World War II in 1939. He tells in the following ways:

“In the nightmare of the dark

All the dogs of Europe bark

And the living nations wait

Each sequestered in its hate”

7. Impressionism, Imagination and Surrealism are the innovation or main characteristic in Modern Poetry.

W.B Yeats as a modern poet

William Butler Yeats was a romantic and patriotic poet who was an Irish. There are some reason for which we know W.B Yeats as a modern poet. He was the last romantic and one of the first great modern poets. “The Celtic Revival” in late ninetieth century was under the leadership of him. There was a movement to stimulate interest in the ancient literature of Ireland and to create a new native literature.

His first volume “The Wandering of Oisin” published in 1889 was a collection of romantic poem based on Irish Mythology. Other volumes followed, all of them characterized by mysticism and symbolism. He received the Nobel Prize in 1923 and by the time of his death in 1939 his poetry had established him as the greatest Irish poet of modern times.

It is no exaggeration to describe Yeats as one of the most difficult of modern poets. He formulated a philosophical and mystic idea to replace the scientific materialism of his age. His great poems are “Leda and the Swan”, “A prayer for my daughter”, “Second Coming”, “Easter 1916” for which we know W.B Yeats as a modern poet.

T.S Eliot as a modern poet

We all know T.S. Eliot as a modern poet. He left United states in 1914 and became a British citizen in 1927, has exerted a major influence on modern poetry. In addition his critical essays and verse dramas have own him a reputation as an outstanding critic and play wright. Most of his poetry considered difficult to read because it is filled with obscure reference and allusion. His stimulating ideas, colorful imagery and lyrical power have won for him recognition as a major writer of Modern Age. For his outstanding works in poetry, he was awarded the Nobel Prize in 1948 for literature.

In addition to several books of poetry, Eliot’s published works include the well-known poetic dramas “Murder in the Cathedral”, “The Cocktail Party”, and “The Confidential Clerk”. “Macavity: the Mystery Cat” is his another great poem. His critical writings include “On poetry and Poets” and “Selected Essays” in which he evaluates such literature figures as Shakespeare and Kipling.

Robert Frost as a Modern Poet

Robert Frost is an American poet but we all know that Robert Frost as a modern poet and he is known as the “Poet of New England”. His contribution in English literature are really good. He is famous for his poetry which give him the Pulitzer Prize in poetry four times. His language is the simple, natural speech of New England farm people. Robert Frost writing style is easy direct and pithy.

Usually he pictures the New England scene with harsh realism. Although born in San Francisco of New England family, he left America to England after his father death. He published his first book of poetry “A boy’s will” in 1913, which is written for the people of the farm country. “North of Boston”, “Meaning Wall”, “The Death of the Hired Man”, and “The Wood-Pile” are appeared in this volume. Most of the Frost poetries are remarkable for the realism view point of human life. “Stooping by Woods in a Snowy Evening” is a famous poem in which he says the responsibilities of human world. He says in the following ways in this poem:

The woods are lovely dark and deep;

But I have promises to keep;

And miles to go before I sleep

And miles to go before I sleep”

“Gathering Leaves” is his another famous poems. In this poems he says about the realism in the following ways:

“But the mountain I move

Flowing over my arms

And into my face”.

W.H. Auden as a Modern Poet

W.H. as a Modern Poet is brilliant and versatile and his poetry interprets contemporary life by intensifying the reader awareness of the common perplexities of a rapidly changing world. Auden is the younger poet who in his personal life reversed. Eliot’s pattern and left his native England to become a citizen f the United States. Auden characterized a viewpoint typical of much current English Poetry with a long, bitter poem which he titled “The Age of Anxiety” which help him to won the 1948 Pulitzer Prize for poetry.

“The sea and the Mirror”, a series of monologues assigned to various character in Shakespeare play the Tempest. In the satirical poetry of his youth, Auden parodied the styles of Various earlier English poets and his chief effort with the outbreak of World War II  he became more serious and much of his later poetry is concerned with problems of religion and philosophy. “Who’s Who” and “The Unknown Citizen” are the poems which are clear and vigorous to the point of leaving the reader mentally out of breath.

In The poem “The Unknown Citizen”, Auden tells in the following ways:

“Was he free? Was he happy? The question is obscured”

The most young poet of the age are Dylan Tomas, Cristopher Fry, John Masefield whose contribution in Modern Age are as like as T.S. Eliot or W.B. Yeats.

Treatment of history and myth in Yeats’ poetry.

Ode to a skylark critical appreciation or analysis theme summary

Song of Myself by Walt Whitman , Main Theme, Summary, Analysis 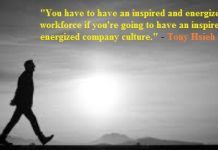